Aedes bromeliae belongs to the Simpsoni Group of the Aedes subgenus Stegomyia. It is one of three morphologically similar sister species belonging to the Simpsoni Complex, including Ae. simpsoni (Theobald), and Ae. lilii (Theobald). Molecular techniques are needed to reliably differentiate these species and have confirmed that Ae. bromeliae is the most widespread and abundant Simpsoni Complex taxa across most of central and eastern sub-Saharan Africa. Aedes lilii is more common in western Africa, and is the only member of the group found in the Republic of Benin, and Ae. simpsoni is restricted to southern Africa. Despite intensive surveys, only Ae. bromeliae was found in Tanzania, but in neighboring Uganda, Ae. bromeliae and Ae. lilii are found in sympatry.

Female Ae. bromeliae are peri-domestic and closely associated with agricultural plots, where they lay their eggs in a variety of plant axils and containers. Immatures are most commonly found in water collections in leaf axils of food plants—pineapple, taro, banana—and in tree holes. Immatures are found in habitats in the forest floor (e.g., water collections in fallen palm spathes) to banana plant axils, up to 2 meters above the ground.

Aedes bromeliae readily bites man and monkeys that enter the plantations at ground levels. It is not thought to host-seek in the canopy. Aedes bromeliae is highly efficient vector of yellow fever, whereas Ae. lilii is zoophilic and of no biomedical importance. Introgression was noted between the taxa in sympatric populations in Uganda, leading scientists to fear that hybrid Ae. lilii would then feed on humans and become involved in the human yellow fever virus (YFV) cycle. 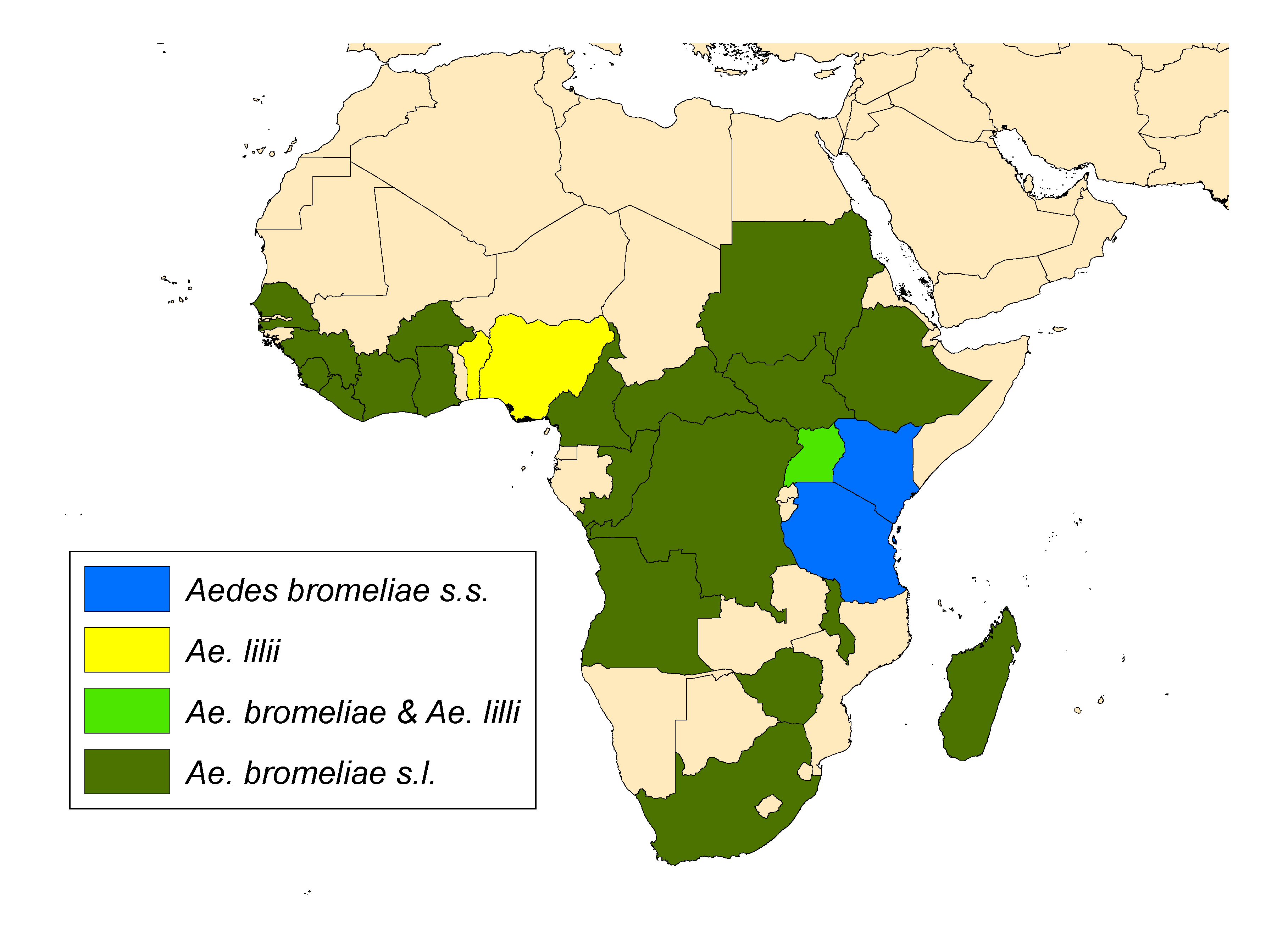