The Sabethine genus Johnbelkinia comprises only three species: Johnbelkinia leucopus (Dyar & Knab), Jb. longipes (Fabricius,) and Jb. ulopus (Dyar & Knab). The proboscis of Johnbelkinia species is distinctly longer than their fore femur, and adults have iridescent silver or blue scales on their vertex and occiput. The member species are closely associated with Neotropical forests. 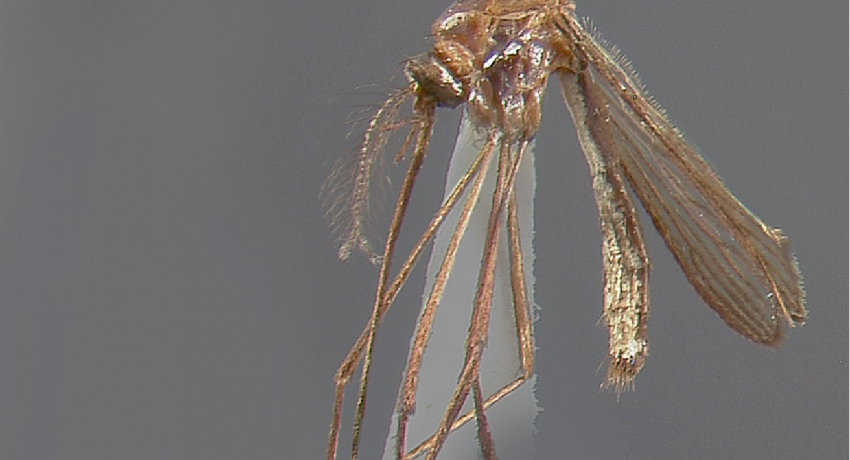 Johnbelkinia immatures are typically found in oviposit in the leaf axils and flower bracts of Alocasia, Colocasia, Heliconius and Xanthosoma plants and have occasionally been recovered from tree holes, and in water collections in fallen palm spathes and fruit husks. In Colombia, Jn. ulopus immatures were found in bamboo stumps and in the leaf axils of Xanthosoma aroids in forest environs as high as 1751m a.s.l. Larvae are predacious, and have been reported feeding on Wyeomyia larvae.

Adult Johnbelkinia have been captured transporting the eggs of Dermatobia hominis, the human bot fly. In Venezuela, Jn. ulopus is active during the day, and feeds on a variety of mammals including man. In Colombia, Jn. ulopus was collected at night in CDC light traps set in bamboo groves at 848m a.s.l.

Zavortink, T.J. (1979b). The new sabethine genus Johnbelkinia and A preliminary reclassification of the composite genus Trichoprosopon. Contributions of the American Entomological Institute, 17(1), 1–61.

Harbach, R.E., & Peyton, E.L. (1993). Morphology and evolution of the larval maxilla and its importance in the classification of the Sabethini (Diptera: Culicidae). Mosquito Systematics, 25(1), 1–16.